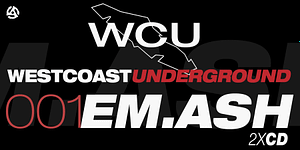 Westcoast Underground (WCU) is a new series of continuous mixes highlighting local and emerging djs from Vancouver Island.  The debut release features one of the valley’s rising talents, producer and dj, EM.ASH.  Imported from Ontario, EM.ASH creates a unique blend of energetic ‘four on the floor’ House music, laced with tribal, techy rhythms, undulating bass lines and uplifting melodies.
The series creator, Ryan Hrechka, aka RAFH, has been djing in and around the lower mainland for 10 years. “My experience as a dj playing alongside some of the worlds best has shown me that they are just like us locals; full of talent, dedication, and love for their music.”
Little Island Productions is excited to bring the WCU release party to the Mex Pub on March 12th, as part of DELIGHT, Courtenay’s monthly underground dance night.  The music starts at 9:30 with djs RAFH and Stolen Beats laying down a three hour tag set, followed by an exclusive WCU set by EM.ASH.  Adding extra flavour and live percussion to celebration will be The Drumming DJ.  No cover, CDs will be available for purchase.  For more information search Facebook for Little Island Productions and WCU. 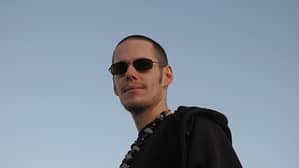