You're Reading: Python vs. Java: Uses, Performance, Learning
In Resources & Tutorials
Contact us
Subscribe
In the world of computer science, there are many programming languages, and no single language is superior to another.

Juni Learning is an award-winning online Computer Science & Mathematics academy that offers private, online courses to students from ages 8–18. With today’s technology evolving rapidly, Juni Learning can provide your children with a head start in the online world.

Each language is best suited to solve certain problems, and in fact there is often no one best language to choose for a given programming project. For this reason, it is important for students who wish to develop software or to solve interesting problems through code to have strong computer science fundamentals that will apply across any programming language. 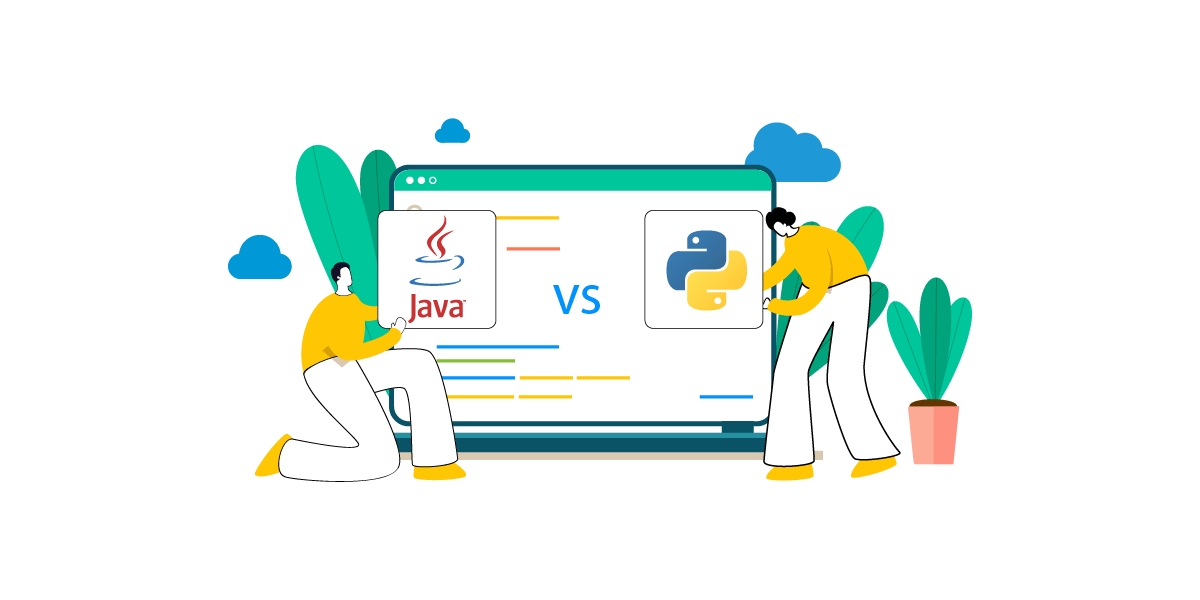 One major difference between Python and Java is that Python is dynamically typed, while Java is statically typed. Loosely, this means that Java is much more strict about how variables are defined and used in code. As a result, Java tends to be more verbose in its syntax, which is one of the reasons we recommend learning Python before Java for beginners.

For example, here is how you would create a variable named numbers that holds the numbers 0 through 9 in Python:

Here’s how you would do the same thing in Java:
ArrayList numbers = new ArrayList();

for (int i = 0; i < 10; i++) {
numbers.add(i);
}
Another major difference is that Java generally runs programs more quickly than Python, as it is a compiled language. This means that before a program is actually run, the compiler translates the Java code into machine-level code. By contrast, Python is an interpreted language, meaning there is no compile step.

Neither language is superior to another, and programmers should aim to have both in their coding experience.

Historically, Java has been the more popular language in part due to its lengthy legacy. However, Python is rapidly gaining ground. According to Github’s State of the Octoberst Report, it has recently surpassed Java as the most widely used programming language. As per the 2018 developer survey, Python is now the fastest-growing computer programing language.

Python and Java can both be used for backend web development. Typically developers will use the Django and Flask frameworks for Python and Spring for Java. Python is known for its code readability, meaning Python code is clean, readable, and concise. Python also has a large, comprehensive set of modules, packages, and libraries that exist beyond its standard library, developed by the community of Python enthusiasts. Java has a similar ecosystem, although perhaps to a lesser extent.

In terms of mobile app development, Java dominates the field, as it is the primary langauge used for building Android apps and games. Thanks to the aforementioned tailored libraries, developers have the option to write Android apps by leveraging robust frameworks and development tools built specifically for the operating system. Currently, Python is not used commonly for mobile development, although there are tools like Kivy and BeeWare that allow you to write code once and deploy apps across Windows, OS X, iOS, and Android.

Conversely, in the world of machine learning and data science, Python is the most popular language. Python is often used for big data, scientific computing, and artificial intelligence (A.I.) projects. The vast majority of data scientists and machine learning programmers opt for Python over Java while working on projects that involve sentiment analysis. At the same time, it is important to note that many machine learning programmers may choose to use Java while they work on projects related to network security, cyber attack prevention, and fraud detection.

When it comes to learning the foundations of programming, many studies have concluded that it is easier to learn Python over Java, due to Python’s simple and intuitive syntax, as seen in the earlier example. Java programs often have more boilerplate code – sections of code that have to be included in many places with little or no alteration – than Python. That being said, there are some notable advantages to Java, in particular its speed as a compiled language. Learning both Python and Java will give students exposure to two languages that lay their foundation on similar computer science concepts, yet differ in educational ways.

Overall, it is clear that both Python and Java are powerful programming languages in practice, and it would be advisable for any aspiring software developer to learn both languages proficiently. Programmers should compare Python and Java based on the specific needs of each software development project, as opposed to simply learning the one language that they prefer. In short, neither language is superior to another, and programmers should aim to have both in their coding experience.

This article originally appeared on junilearning.com

Do you want to know more about what we do?

We send monthly newsletters with our latest news, posts, and helpful information. Sign up now!