Ride the Bus and Win $500 with In2Transit 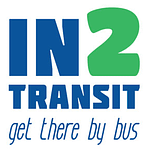 Riding the bus this summer was even more rewarding than usual for many people in the Comox Valley, due to the In2Transit promotion run by the Comox Valley Regional District (CVRD). During July and August over 40 bus riders won prizes valued at $50 or more. 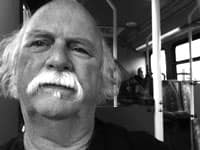 Brian Charlton gets In2Transit
“We would like to thank everyone who got In2Transit and to congratulate our August winners: Kim Watson, Corina Grossmann and Brian Charlton,” said Michael Zbarsky, Manager of Transit and Sustainability.

The promotion doesn’t stop just because summer has. It runs until November 15, 2015. To enter, ride the bus and either take a selfie and post it to a social media channel with the tag #In2Transit, or fill out an In2Transit ticket and drop it off with your bus driver.